Based in the UK, astrologycollege.com was set up as a company limited by guarantee (non-profit making) on 14 August 2002, in Cardiff, Wales at 0 hours, BST.  Members of the company elect the directors who are responsible for the day to day running of the college.

Recognition as a teaching body

astrologycollege.com is a school approved by the Association of Professional Astrologers International (APAI)  – www.professionalastrologers.co.uk.  The college is also a member of the Advisory Panel on Astrological Education in the UK – www.apae.org.uk

Teaching.  Sandra qualified as a teacher in 1975, specialising in primary education.  She taught in

Astrology.  In 1985, Sandra passed the Diploma of the Faculty of Astrological Studies.  She was appointed as one of their correspondence course tutors in 1989, a position she retained until 2002.  There she taught exam revision classes in birth chart interpretation at both Certificate and Diploma levels.  She contributed to Diploma level course material; and ran the Students’ Support Service from December 2000 until June 2001.

From 1985 -1987, Sandra taught beginner and advanced astrology to L.E.A. Adult Education classes in Dorset, and later in Shrewsbury from 1996 – 1997.  She ran informal astrology home study groups and private classes from 1985 to 1988 and 1995 to 1999.  Sandra also gave talks on astrology to the Women’s Institute and similar groups in Dorset and Shropshire.  In 1997 she appeared on Shropshire Radio to discuss astrology.

astrologycollege.com.  Sandra was one of our tutors from 2003 to the end of 2015, was responsible for dealing with enquiries, and helped with the preparation of the exercises and generally editing and proof-reading.   She wrote some of the articles for the course material, namely giving guidance on writing a  birth chart analysis and synthesising forecasting. 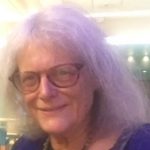 Social Housing and Welfare Rights.  Jean did a Diploma Course in Social Administration at the London School of Economics in the early 1980s.  Her main work was in social housing until 1995, when she worked as an administrator, a housing manager, welfare rights worker and trainer.

Astrology.  Jean started learning astrology in 1976.  She has been working as an astrologer since 1984 when she gained the Diploma of the Faculty of Astrological Studies.  In 1992, Jean completed the Counselling within Astrology course and has since been on the Faculty’s Register of Counselling Astrologers.  Jean worked as a correspondence course tutor for the Faculty from 1999 to 2001 and helped with the development of course material.  She ran a private practice from home, part time, while living in London.  Then Jean moved to Leominster, Herefordshire, where (time permitting) she sees clients.

Jean was a member of the Astrological Association council from the mid to late 1980s, and helped run the London fortnightly talks and lectures.  She was an astrology tutor for Lewisham Adult Education in South London during the late 1980s and early 1990s.

Camps and festivals.  From the early 1990s to 2002, Jean helped in running Rainbow Circle Astrology Camps.  After that, she was involved in setting up the Wheel of Astrologers who work at festivals.  Jean has been making astrology gardens at camps, conferences and festivals since 1990.  In 2018, she made a Nakshatra garden (27 lunar mansions) with Sonal Sachdeva for the Astrological Association’s 60th birthday conference.

astrologycollege.com.  Most of Jean’s time is spent working as the director, and taking overall responsibility for course development since 2002.  She has written some of the course material, and has given talks at the Astrological Association Conference on behalf of the college.

Counsellor and consultant.  Apart from working as an astrologer, Teresa is a trained counsellor and hypnotherapist.  She is a First Degree Reiki Practitioner, and has a diploma in nutrition.

Astrology.  Teresa gained the Diploma of the Faculty of

Astrological Studies in 1989 when she received the Gold Medal and Veritas awards.  She was appointed a Faculty correspondence course tutor in 1995 and continued as such until 2002.

Teresa has always used astrology to support people in becoming more self-aware; to keep life events in perspective and understand their place in the scheme of things.  She has worked in private practice for many years.  Teresa has an MA in Cultural Astronomy.  A professional writer, she has written over 50 books on astrology and aspects of the occult.  She is a regular writer for Kindred Spirit.

astrologycollege.com Teresa is one our tutors.  She has written course material on ethics, astrology in our times, and on becoming an astrologer.

astrologycollege.com Elizabeth has been one of our tutors since 2003, and she has contributed to some of the course material, introducing students to forecasting techniques in the Foundation Course. Another of her contributions has been proof-reading. She is the Student/Tutor Coordinator.

Education and counselling.   Following her graduation in psychology in 1996, Angela embarked on training and assessment in further education, and also trained as a Couples’ Counsellor.

Astrology.  Angela has given talks and run workshops in astrology since 1987.  She taught astrology evening classes in Swansea for two years.  Then, from 1993 to 2002, she was one of the Faculty of Astrological Studies’ correspondence course tutors.  Angela assisted in the presentation of Faculty course material.  In 1994, she took over the running of the Student Support Service for the Faculty, addressing student concerns and referring them on for additional help where necessary.

astrologycollege.com Angela was one of the directors of astrologycollege.com from 2002 to 2006.  During this time, she oversaw the administration, and contributed to the astronomy module in the Foundation Course. She is the artist of the diagrams in Modules 1 and 2 (chart interpretation); and for the astronomy diagrams in Module 3. In Module 6, she wrote an article introducing synastry – the study of relationships.  Also, she helped design the course material.

Qualifications.  Janette is qualified in Reiki, regression therapy and hypnotherapy, apart from astrology.

Astrology.  She started studying with the Faculty of Astrological Studies in 1978, gaining her Diploma in 1988.  In 1990, she began working as a correspondence tutor for the Faculty, and continued as such until 2002.  While working for the Faculty, Janette was Council Secretary, and she looked after the Diploma membership renewals.  As well as working as an astrological consultant, Janette has given talks and offered private tuition to students.

astrologycollege.com.  Janette was a director of astrologycollege.com from 2006 to 2012, and was one of the college tutors from 2003 to 2012.  One of her main contributions has been to give advice and support on tutor-student co-ordination.  She has also given talks at the Astrological Association Conference on our behalf.

Qualifications.  Christine was one of the first people in the UK to be awarded an RSA Certificate for “Counselling Skills in the Development of Learning.”  She also has a BSC (Hons) in psychology.  As a healer member of the National Federation of spiritual Healers, she has found the blending of astrological skills and counselling techniques invaluable in therapeutic work.  Christine has also trained as a past life regressionist and is particularly interested in karmic astrology.

Gold Medal when she obtained her Diploma from the Faculty of Astrological Studies in 1983.  She soon joined their correspondence course tutor team continuing as a tutor until 2002.  Christine was co-founder of the London School of Astrology and was responsible for its administration until November 2002.

Her background in astrology is extensive.  She has taught local authority education astrology classes.  During her time with the Faculty she held various posts, namely –  as its Librarian, Examinations Secretary, and Director of Studies.  She also organised their successful Summer Schools.  Christine was a past Chairman of the Advisory Panel on Astrological Education – a body which monitors the standards of astrological teaching in the UK.

astrologycollege.com  Christine’s experience has been invaluable in giving guidance in writing the course material.  She was co-author of the Guide to Chart Calculation.

Career in statutory services.  Jeannine has professional qualifications in counselling, mental health and social work.  Currently she has a demanding job in community health and in social services.

Astrology career.  Her passion for astrology has been life-long, and she gained her Diploma from the Faculty of Astrological Studies in 1991.  Since qualifying, she has taught astrology in local authority adult education as well as privately in groups.  One group, Broad Oak Astrology Group, ran for nine years.  This enabled some of its members to use their astrological knowledge in their own practices such as homeopathy, healing, fine art, shiatsu, teaching and writing.

She enjoys being part of the Wheel of Astrologers offering professional readings at Glastonbury Festival every summer.  Currently, she is working with a fellow astrologer and therapist to develop an education programme for a new astrology group.

astrologycollege.com  Jeannine has written some of the course material for an extra  diploma level module – An Introduction to Psychology.  This is due to be released in 2020.

Vedic astrology.  Vedic, or Hindu astrology draws on the ancient Jyotish wisdom of the Vedas from India.  For over 3000 years, this has endured as a remarkably effective method of guidance and inspiration for all facets of living.  She is studying Jaimini Sutras and Brhat Parasara Hora Sastra under the celebrated Indian astrologer, Pandit Sanjay Rath.

Circle of Divine Astrology.  (www.CircleDivineAstrology.com).  In 2010, Sonal founded this group.  It holds functions, talks and multimedia events in London.  Content can be viewed on the YouTube channel – The Divine Circle.  This features discussions on all aspects of divination, with spiritual insights from alternative practitioners from all over the world.